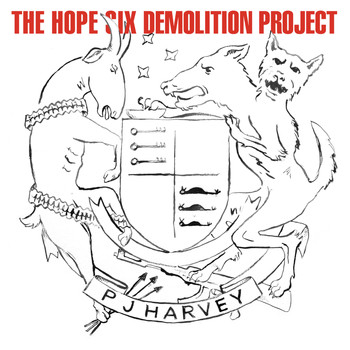 7digital What we said: From its content down to its composition, PJ Harvey’s ninth album is an intriguing proposition. Created before an audience – in a temporary recording studio in the basement of London’s Somerset House – The Hope Six Demolition Project is variously set in Kosovo, Afghanistan and Washington D.C., where Harvey travelled extensively following Let England Shake. Unsurprisingly, representatives from D.C.’s local authorities aren’t too enamoured with Harvey’s portrayal of poverty and displacement within the city (“She’s to music what Piers Morgan is to cable news”), but these vivid snapshots carry real emotional weight. So too do Harvey’s bold arrangements, which variously utilise crackly old blues samples, blank-eyed male voices and dissonant saxophone solos to powerful effect.